If you want to start improving the quality of screen recording videos, a good place to start is by looking at the factors that affect it. In many ways it shares similarities with conventional videos, but its factors do tend to have a slight twist to them.

In particular there are three main factors that affect the quality of videos captured using screen recording:

As with any video a higher resolution will produce a clearer video that has better definition. However where the resolution in conventional video recording is normally a discrete setting, in screen recording it is based on the resolution of the frame that you record.

In short the larger the frame that you capture, the higher the resolution of your video. That means that as far as possible you should record videos in a larger frame or in full screen, and try to maximize the windows that you’re recording or run apps in full screen.

Another common factor that affects video quality in general is the frame rate. A higher frame rate will make videos look smoother, especially any movement that happens to be in them.

Most screen recorders will have a setting that you can use to adjust the recording frame rate. If you want the video quality to be good it should be set to at least 30 frames per second.

However increasing the frame rate to 60 frames per second can make screen recording videos look much more fluid. One area in particular where it will be very noticeable is the mouse cursor that tends to move rapidly across the screen.

The performance of the device is a factor that is often overlooked, but it can have a big impact on the screen recording quality. At the end of the day screen recording will capture everything as it appears on your screen, so should your system performance suffer and it stutter or lag – that will be recorded as well.

The reason this factor is important is because screen recording requires system resources – and that can be an issue especially on less powerful systems. It is best to close any unnecessary apps and background processes beforehand to free up RAM and processing power.

As you can see each of the factors listed above can have a big impact on the quality of videos that you’re able to record from your screen. Because you’re aware of them you should be able to set up your screen recorder accordingly, and for example if you use Movavi Screen Recorder you need only follow the steps. https://www.movavi.com/support/how-to/how-to-capture-streaming-video.html

Keep in mind that aside from the quality of the video there are other factors that can affect the appearance of your screen recording videos as well – such as their composition. If you want to come up with impressive videos you should look at the video quality as a good starting point – but one that will need to be built on. 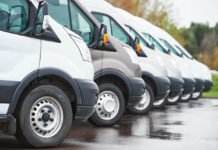 The Essential Role of Technology in the Future of Fleet Safety 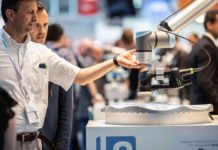